Vitamin D is called the Sunshine Vitamin? That is because our best source of Vitamin D is sun exposure. It is the feel-good vitamin!

Did You Know this about Vitamin D?

What can happen if you are Severely Vitamin D Deficient?

Children with severe Vitamin D Deficiency can cause them to get bowed legs, and sometimes arms. This is characteristic of the soft bone disease known as Rickets.

Adults with severe Vitamin D Deficiency causes a disease called Osteomalacia and can be a precursor to Osteoporosis. Osteomalacia is similar to rickets, as it is a softening of the bones, but it doesn’t lead to bowed legs as it does in children. Instead, it leads to bone and muscle pain and weakness. And due to this common complaint, doctors oftentimes misdiagnosed as early signs of fibromyalgia.

These are just a few reasons why Vitamin D is so important to your health!

What Supplements to Take?

The type of Vitamin D our body naturally makes is called cholecalciferol, which is Vitamin D3. This is the form that is best absorbed by our body.

Unfortunately, most Vitamin D fortified foods and dietary supplements mostly contain ergocalciferol, which is a type of Vitamin D2 which is not as absorbable, or as convertible by the body.

The only way to know if you are deficient in Vitamin D is to ask your doctor to perform a blood test. You want to be in the higher end of the normal range to be optimal.

Here are the numbers to keep in mind:

The RDA for Vitamin D is 600 IU a day for adults. If you are at a good level this is probably fine. It is thought that most Americans need at least 5000 IU’s per day.

Just make sure to have your levels checked.

My daughter just had hers tested recently & is very deficient & she was with taking 2000 IU’s per day. She is taking 10,000 IU’s per day now & will be checked again in a few weeks.

Update: Now during the Covid 19 pandemic I am taking 10,000 IU’s per day along with Zinc & Vitamin C. This is also important during the Flu Season too!

Learn more about other deficiencies such as:

*NO information on this site should be used to diagnose, treat, prevent, or cure any disease or condition. 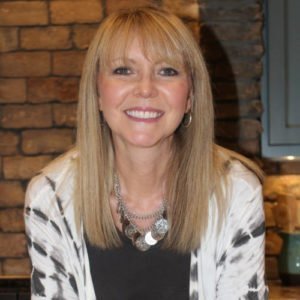 Hello, My Name is Renee’. I want to help you learn how to eat  & live healthier through the Paleo/AIP diet & lifestyle. Read more about my story & why I chose this diet to help heal & reverse my auto-immune disease here.

The Health Nut Mama is a participant of Amazon’s affiliate program. I may make a small commission on orders made through my Amazon links, or other affiliate links, but this will not be of any additional cost to you. This helps me maintain my site. Thank you for your support!

This site is not intended for the treatment or prevention of disease, nor as a substitute for medical treatment, nor as an alternative to medical advice. Use of recommendations is at the choice and risk of the reader.

Get your Free Paleo Quick Start Guide with bonus recipes!

You have Successfully Subscribed!

Get your FREEPaleo AIP Quick Start Guide with Bonus recipes!

You have successfully signed up! You should receive your free quick start guide shortly. If you don't receive it in your e-mail within 10 min. e-mail me at [email protected] I hope you enjoy!